family while on vacation in the Pacific Northwest. James, his wife and two children left last week on a road trip. They were last seen in Portland on Saturday November 25th, where they visited with friends. His family has filed a police report and are currently working with the San Francisco Police Department, which has opened a missing persons investigation.
We are all very worried about James and his family.

Just found this from the police report.

“They were driving a 2005 silver Saab station wagon with California personalized plates of â€œDOESFâ€.”

The full report is here

Update: As of 9 a.m. PST Friday, investigators said they were narrowing their search to Oregon’s Highway 38 as the family’s most probable route to their destination of Gold Beach. The Kims last spoke to an innkeeper there by phone about five hours before they planned to arrive.

Update : At 1:45 PM Monday afternoon, rescuers found Kati Kim and her two daughters at the car near Bear Creek Road.Â  James had left Saturday morning to find help and had said he would return that afternoon.Â  He has not been heard from.Â  Rescuers are working through the night to try to find him. 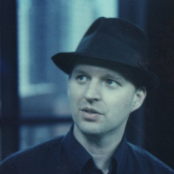